I’ve been absolutely neglectful of my poor blog as of late. I don’t think I’ve posted at all for the month of March and February had next to no posts in it as well. Gosh, I didn’t even post last week when my blog celebrated it’s one year anniversary. Oops!! Well, in all fairness, I’ve been pretty swamped between family life and work life, I really just can’t seem to find the time to sit down and write something up. Luckily, we’ve got some very exciting things coming up in the near future and I can’t wait to tell you guys all about them! So you’ll just have to stay tuned!

But until then, I’ll leave you guys with some pictures we took from a couple weeks ago when we went and visited Primitive Designs in Port Hope. It’s this unique shop that imports arts and crafts from around the world. When you walk around the 8,000 square foot store (!!!) it feels like you’re in some kind of museum. They have the coolest looking statues, artwork, jewelry, furniture, and clothing items I’ve ever seen. There’s so much to look at, that you could literally spend hours just wandering through taking your time to see every single piece they have. Kurt wanted to take Nate there because their big claim to fame is their massive robot that stands guard outside. If you guys haven’t ever been there, I would highly suggest making the drive out because you definitely won’t be disappointed! 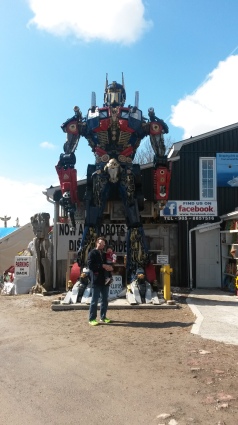 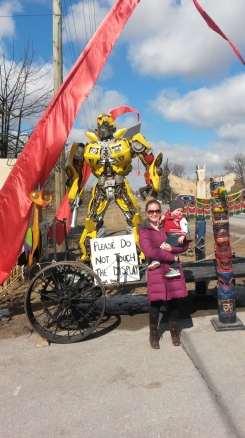 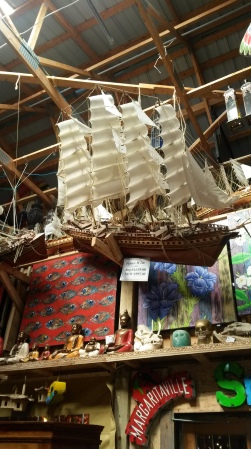